The new moon for the month of Shawwal 1441 AH has only been sighted in several countries in Africa.

For example, Mauritania claimed that declaring the end of Ramadan, and the start of Eid Al Fitr was based on multiple confirmed sighting, also claiming that the number of witnesses exceeds 40 people, in various places in the country.

But, this is astronomically impossible.

Here is a screen capture of how the western horizon looked like at sunset from the Mauritanian capital Nouakchott: 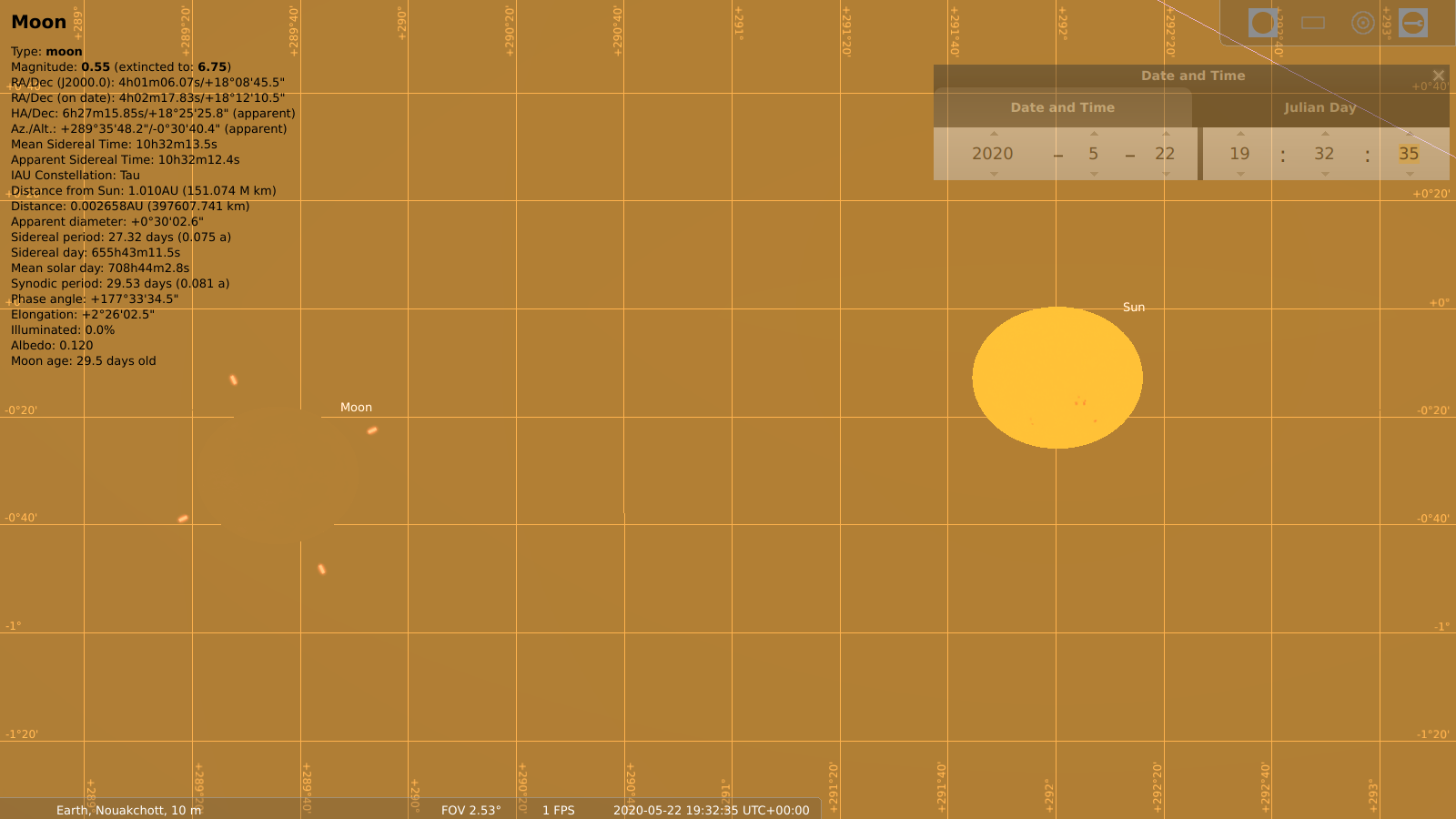 Note that this is in the western part of Africa, so for all countries east of it, the moon would be further down below the horizon.

With atmospheric effects, the sun has just set below the horizon. The moon's illuminated fraction is zero, and it's center is half a degree (30 arc minutes) below the horizon, hence impossible to sight.

Here is a clearer picture with atmospheric effect hypothetically turned off. This has the side effect of changing the position of objects, but you can see that no fraction of the moon is yet illuminated. 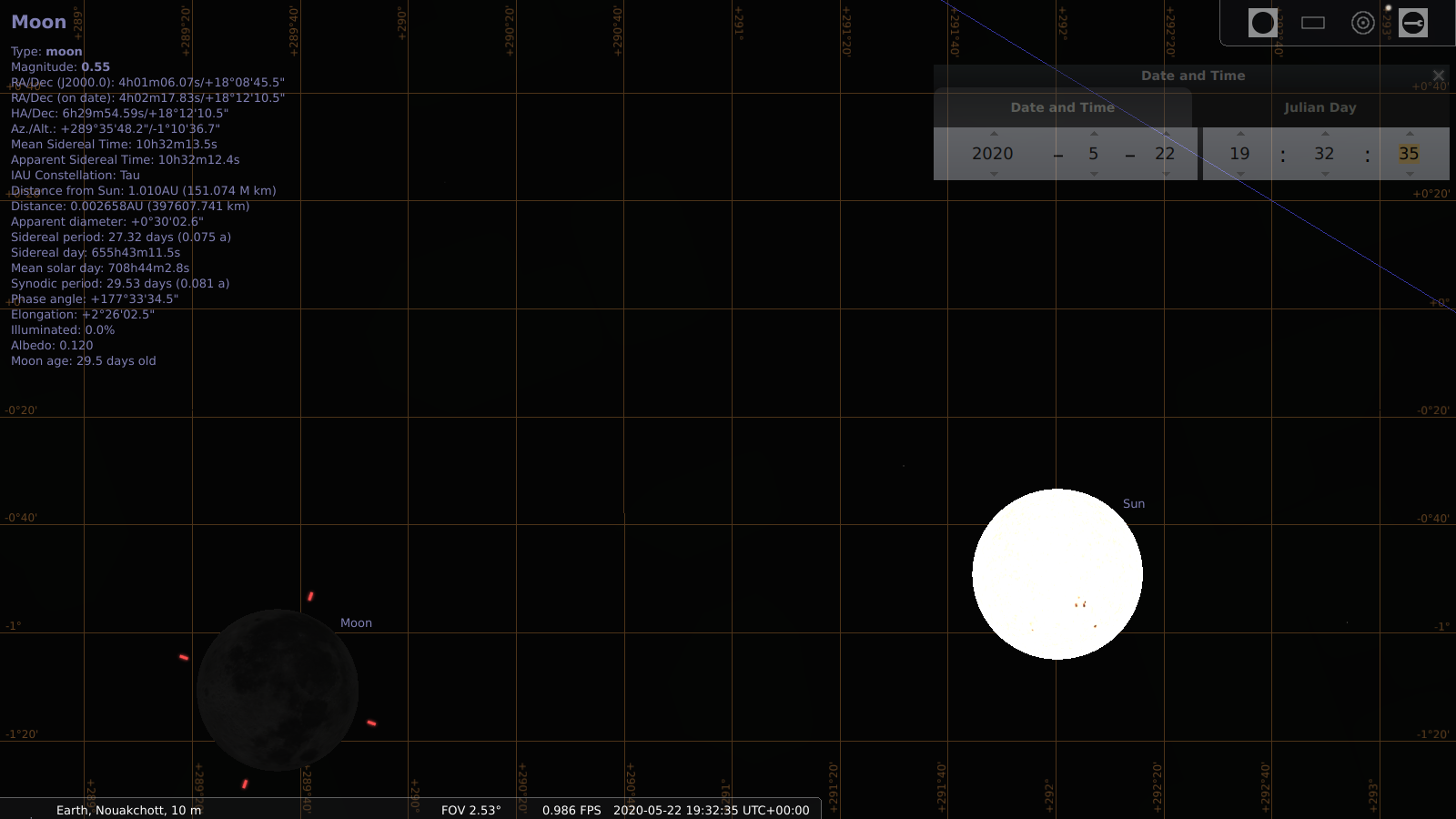 So how can people sight the moon? The only logical explanation is that they saw Venus, and mistook it for the crescent moon. Ever since the time of Galileo, Venus is known to go through phases, just like our moon. However, these phases are only visible in the telescope. There is anecdotal evidence that some people can see the crescent shape with their unaided eyes. It also increases in size as it moves closer to the Earth, and at the same time, it exhibit a crescent shape. It is at its brightest right now, and probably some people mistook it for the crescent moon. 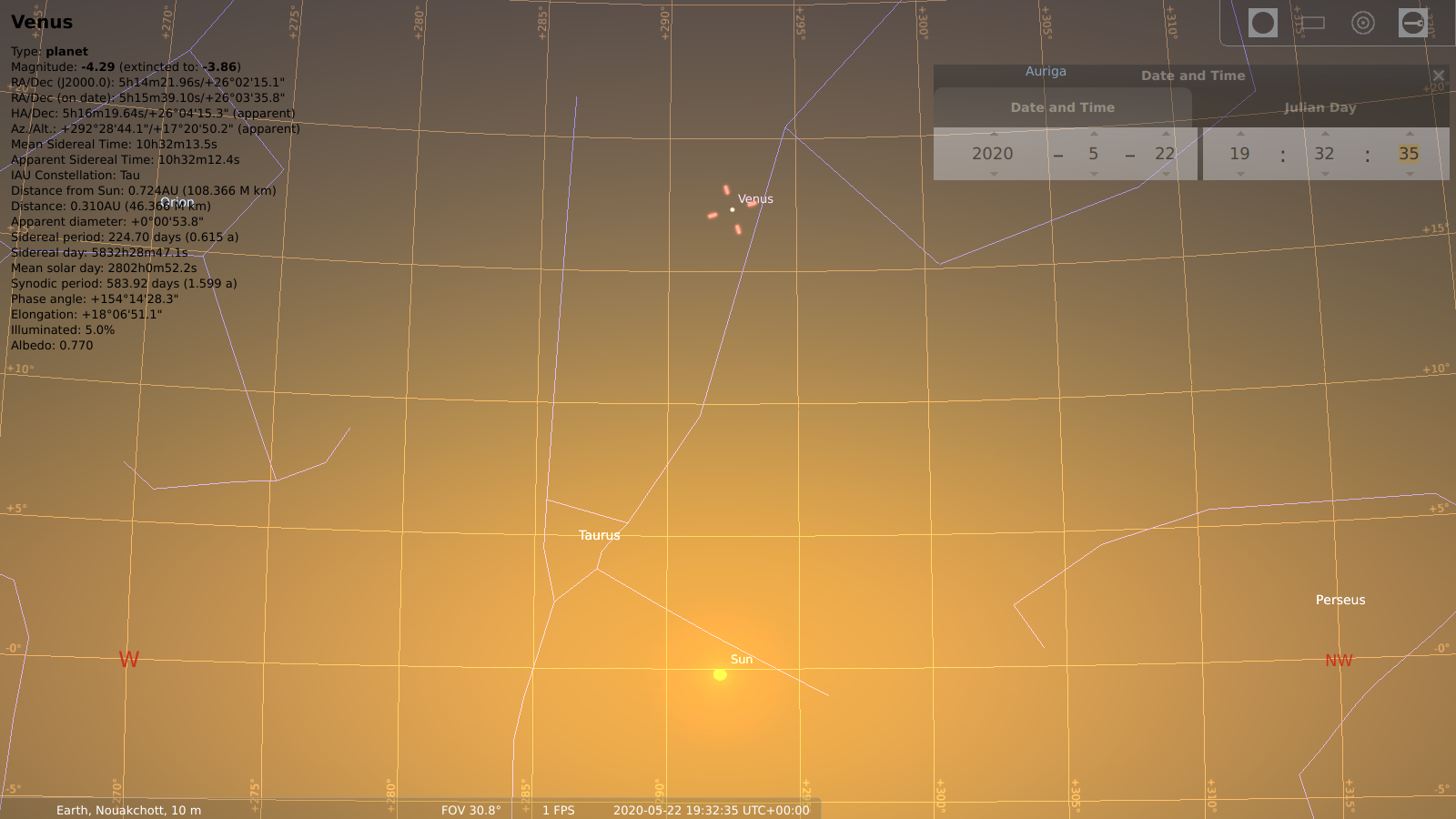 As I wrote last year, It has been over six centuries since religious scholars wrote that any sighting should be verified against the position of the moon, whether it is above or below the horizon, how far it is from the sun, and what the illuminated fraction would be. If someone testifies that they saw the crescent, but astronomical calculations show that it is impossible, then that testimony is rejected.

Moreover, I advocate that religious authorities should forgo these unpredictable sightings and use astronomical calculations of the conjunction of the Moon and the Sun.

Update: The Astronomy Center supports what I have said above. They tweeted that some African countries may have mistook Mercury and Venus for the crescent moon.

Most recent articles on the site.

END_OF_DOCUMENT_TOKEN_TO_BE_REPLACED

Most commented on articles ...