Just like Ramadan 2019 Moon Sighting was fraught with false claims of sighting the crescent, which the courts in Saudi Arabia took at face value without basic confirmation against astronomy.

It seems that Ramadan 2020 is also set to suffer from the same faults.

If you look at this screen capture from Stellarium, a free astronomical planetarium program, you will see sunset on Wednesday the 22nd of April 2020, near Kitchener, Ontario, Canada. 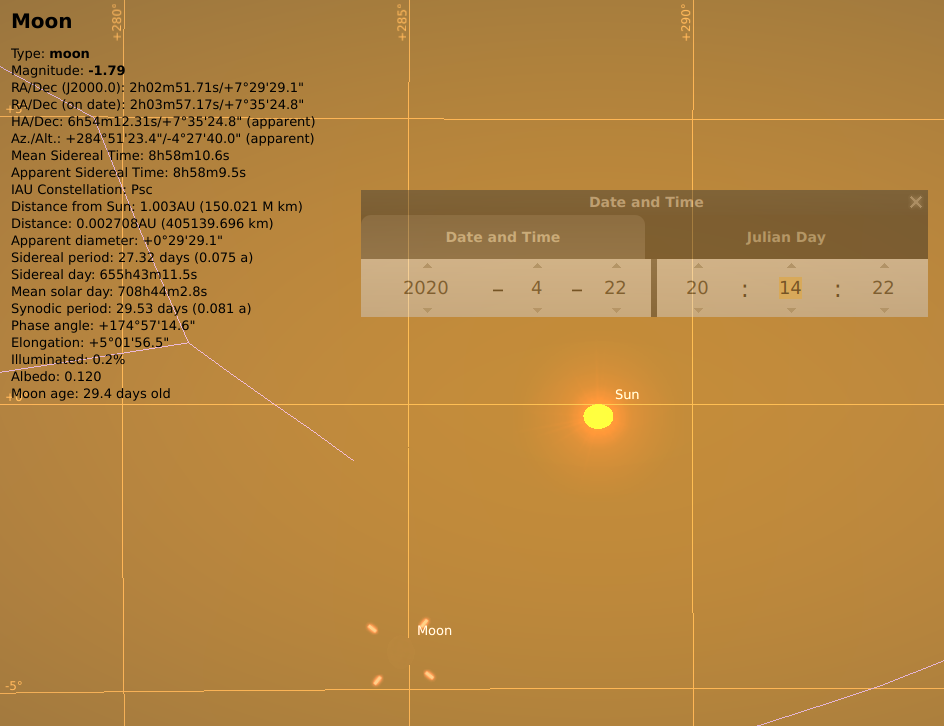 The sun has just went below the horizon. Look at where the moon is: it has already set before the sun, and is almost 4.5 degrees below the horizon at sunset (see the Az/Alt line). And it has not even reached conjunction with the Sun! Therefore a new synodic month has not started.

Therefore, the crescent could never be sighted on the 22nd. Any claims that it is are impossible. And Ramadan cannot start on the 23rd of April. 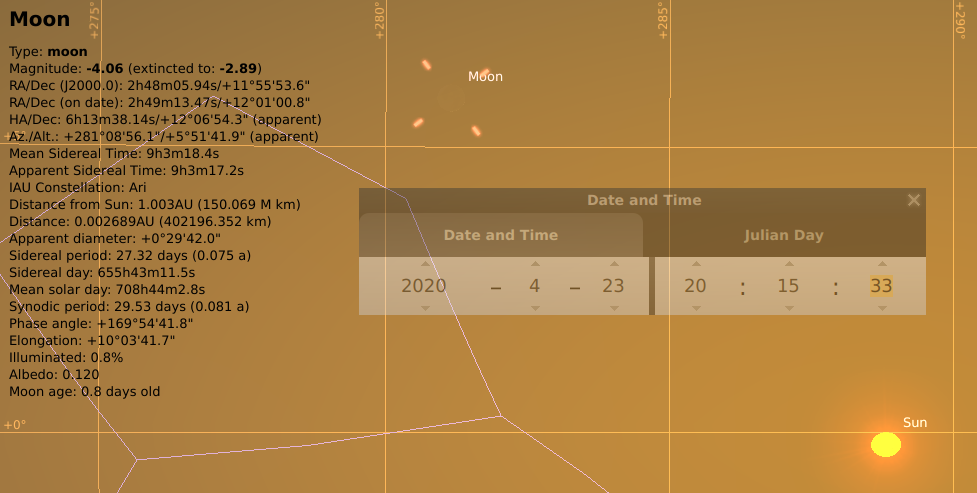 The moon has reached conjunction, and at sunset it is almost 6 degrees above the horizon. However, the illuminated fraction is only 0.8% and therefore sighting of a crescent is mostly likely impossible.

In Riyadh, Saudi Arabia, at sunset (18:19 local time), the moon will be only be 3 degrees, and 56 arc minutes above the horizon, which is close to the sun's glare, and therefore, not sufficient for it to be sighted.

Here is a zoom in on the moon at sunset on the 23rd of April, in Eastern Canada, with atmospheric effects turned off. Atmospheric effects include the sun's glare and other optical effects. By turning them off, we have an idealized condition, which never happens in real life. 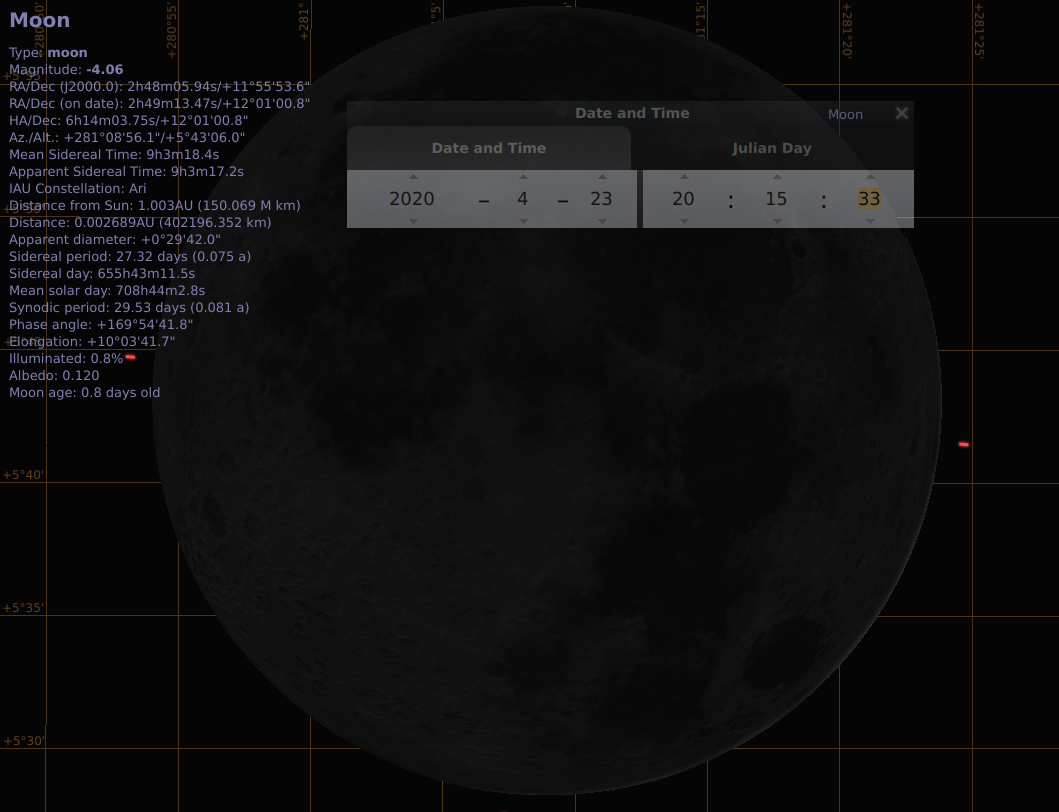 As you can see the crescent is too thin to be seen with the naked eye, because the illuminated fraction is too small. Can it be seen in a telescope? Maybe, although still hard.

As I said in last year's article, it is high time that sightings be made obsolete, and lunar conjunction time be used for lunar months.

Most recent articles on the site.

END_OF_DOCUMENT_TOKEN_TO_BE_REPLACED

Most commented on articles ...