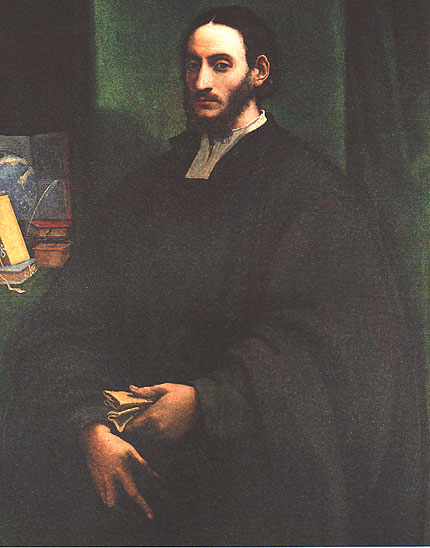 Born in Muslim Spanish city of Granada around 1494, he soon moved to Fez, Morocco shortly afterwards, most likely due to the harsh policies of the new Christians kings. He got good education, and graduated as a legal scholar (Faqih). He then briefly worked in a Maristan (hospital and asylum). He accompanied an uncle on a diplomatic mission south in Western Africa (Timbuktu, Songhay, Kano, and others). This trip was important since he recorded the details in his Description of Africa. Later, he travelled to Egypt, Constantinople, and probably Arabia.

Upon his return trip in 1518 by sea, the ship he was in was captured by pirates near the island of Jerba. He was taken first to Rhodes (head quarters for the Knights of St. John), and then finally to Pope Leo X. The Pope, a man of learning, was impressed with his intelligence, and capabilities. He was converted to Christianity in 1520, and was freed from slavery, and named Johannes Leo (or other variations depending on the language/dialect: Jean Leon, Giovanni Leone de Medicis, or Leo The African, hence Leo Africanus). In 1521, he lost his mentor, Pope Leo X who died that year. He then moved to Bologna upon the accession to the Papacy by Hadrian VI. He later returned to Rome, after visiting Naples and Florence as well.

Leo wrote his travels in his Description of Africa, and also wrote an Arabic-Latin-Hebrew vocabulary. He also taught Arabic to various pupils in the papal court. His students include the Poet made Cardinal by the Pope: Egidio Antonini of Viterbo (1465–1532), who in turn taught the German Orientalist Johann Albrecht von Widmanstetter (1506–1557).

Leo was assisted in translation, and in writing the manuscript of Description of Africa by another native Arabic speaker, Elia Ben Abraham Maronita, a Lebanese Friar in Rome.

Not much is known about Leo's later life. The most accepted version is that he left Rome and made his way back to Tunisia prior to the sack of Rome in May 1527 by the Imperial troops. There, he reverted back to Islam, and died in relative anonymity around 1550. Some say he made his way to Morocco from Tunis and died there instead.

Before Leo's Description of Africa was published, Guillaume Postel (1510-1581), a French Orientalist who travelled to East in search of manuscripts, and made marginal notes in Latin on many Arabic manuscripts now in Europe, made use of it to enhance his map of Kano (northern Nigeria).

Just like Al Idrisi before him, and Joseph Barbatus after him, Leo became one became one of many links from Arabic knowledge of the Islamic civilization in the East and Renaissance Europe in the West.

True, but they are variants

That is true, but they are only variants.

He was named as "Johannes" and "Leo" by the Pope upon his conversion. Johannes is the same as Giovanni in Italian (which is the equivalent of the English John).
--
Khalid Baheyeldin

Could anybody..give me the link to an acurate timeline of the events in thsi book?

Born in Muslim Spanish city of Granada around 1494 ...

This is the first sentence of your brief story.

I should point out, however, that the last event of the 'Reconquista War' took place on the 2nd of January 1492 when the Catholic Kings took the keys of Granada from Boabdil.

Therefore, there was not a Muslin Spanish city in Spain back in 1494.